Your web browser is out of date. Update your browser for more security, speed and the best experience on this site.

Cut to the chase

According to Jeff Goldstein, Director of Finance, “Juniper Square understands our process and pointed out ways to improve it. We know we can trust them to seamlessly manage every step along the way, from subscription configuration to managing the receipt of the subscriptions to conducting thorough reviews to make sure everything is done correctly.”

Goldstein says, “For us, having one combined experience that facilitates moving the subscription process along efficiently, but then also integrates seamlessly into our investor management system so we can communicate with investors is incredibly invaluable. And that’s why you bring on tech partners—it just makes everything run more efficiently.”

“We’re dealing with a sophisticated audience, but it still behooves us to make things as efficient and easy as possible for our investor base,” Goldstein says. “We no longer have to worry if we’ve set up everything correctly. In our world, you typically only hear from investors when something is wrong. We don’t hear any of that. This is a binary equation: It either works or it doesn’t work. And when it works, we can do what we do best and that’s invest money. With Juniper Square, we’re confident that the process is working.”

Founded in 2011, ACRE Management is a global real estate private equity firm that manages capital for institutional and family office investors through a series of private equity and debt funds.

A specialist investor in multifamily housing with a vertically integrated platform, ACRE’s strategies focus on direct real estate equity and credit investments and are concentrated in the United States, with additional properties in development in Southeast Asia and the United Kingdom.

ACRE launched its first fund in 2014. At the time, they followed what was a fairly standard industry process—sending a printed PDF to investors who filled it out by hand, signed it, scanned it, and sent it back. Someone at ACRE had to gather and enter all the information required to populate the subscription documents, coordinate distribution, track the status of investor packages once they had been sent, and then follow up to make sure everything was received in good order. Once all the information was received, there were additional manual steps to review documents and update systems.

According to Jeff Goldstein, Director of Finance at ACRE, “It worked, but it wasn’t particularly efficient. Investors forgot to sign or send documents; wire instructions were blurry, missing, or not in the format needed to send an international wire; and, occasionally, we would be running an internal audit or KYC process and, months later, discover a missing sub-document.”

To improve the process, ACRE went looking for a solution that was both straightforward for their investor base and also provided them with a sort of automated control checklist so they could be satisfied that they were getting everything they needed from their investors on day one. ACRE started using Juniper Square software in 2017, and it made a huge difference to their day-to-day operations in terms of time saved and efficiency.

But they wanted to take things a step further. While ACRE has grown since it launched its first fund, it’s still a relatively lean organization. They recognized that having a reputable third party manage the subscription process would be an indispensable way to streamline their ongoing operations.

ACRE already trusted Juniper Square’s technology, so when Juniper Square launched Administration Services, it was a no-brainer to a partner with a firm that already knew the technology inside and out and could immediately act as an extension of the ACRE team. Instead of managing subscriptions and chasing signatures and reviewing documents, the ACRE team can focus on what they do best: raising and deploying capital, breaking ground on and managing workforce housing and other purpose-built multifamily developments, and delivering stellar service and outstanding investment results to their investors. 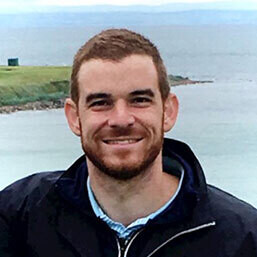 To me, the subscription configuration is a task best done by a professional user, someone who really understands the software. Once we moved to Juniper Square, there were no more missteps. It was easily days or weeks, not hours that we saved. Beyond the time saved, it's also the efficiency of having it done correctly the first time so we could start raising capital immediately.

Now when ACRE is launching a fund, Juniper Square takes charge of everything on the subscription end. While the ACRE team was fairly adept at using Juniper Square, they found it was far more efficient to have professional back-end users build out their workspace and populate the system. Goldstein summed up the value of working with Juniper Square, “Using Juniper Square’s services, we had confidence that everything was done right from the start. And it was done quickly.”

Goldstein understands the idea of handing over your subscription process to a third party may seem hard at first, “It’s your first touch point with an investor who is potentially investing millions of dollars with you,” he says. “It’s natural for firms to want to manage their subscriptions internally and make sure everything is perfect. But we found that having an extra set of eyes actually exposed problems and inefficiencies.”

“The combined software and service experience is just more effective,” Goldstein says. “Raising money is hard. It takes countless phone calls, emails back and forth, reference checks, and the very last step—where someone fills out the subscription doc correctly and sends it back along with all their KYC—is often the most difficult and takes the longest. So, for us, having an integrated system was key.”

It’s not just the set-up and integration that mattered to ACRE, it’s knowing that everything is automated. Jeff continued, “Now when somebody subscribes, we get an alert to countersign and confirm the subscription, and it’s automatically populated into our workspace. There’s nothing manual for us to do.”

Jeff also reports that they can seamlessly share information across their team, “Information sharing is critical during fundraising. We now have confidence that our workspace is updated in real time as investors are signing sub-docs so we can go in at any point and provide downloadable information to everyone on the team that shows not how much money we think we’ve raised, but exactly how much money we have raised and who the people are that have signed sub-docs and are able to fund tomorrow if we call capital.”

According to Jeff, this has helped them to better understand their capital pipeline, “We might have 100 people saying they’re going to invest, but only 50 that have invested so far. Knowing who’s in and who we need to follow up with is invaluable as we market a new fund.” Combining the software, which they already knew and loved, with Juniper Square's fund administration services created a simpler, more transparent experience for NewcrestImage and their investors. Texas-based CanTex Capital is finding large-scale success in the industrial market, thanks in part to the efficiency and transparency afforded by the Juniper Square platform. Streamlining processes through Juniper Square has enabled Staubach Capital to pursue and execute additional opportunities, in a more efficient manner, without adding to corporate headcount.

Make the most of your partnerships. Discuss your goals with our team.